Spring 2017 saw our new + industry first ‘D2C on Tour’ campaigns rolling out across the UK’s arenas, theatres and club venues. To-date these have appealed to a broad range of artist’s such as Mike + The Mechanics, Midge Ure and Gilbert O Sullivan to Everything Everything, Don Broco, PVRIS , You Me At Six and Echo & The Bunnymen selling thousands of additional chart eligible albums.

We assign unique album redemption cards to either promo CD packages or artist branded laminates selling them at the venue’s merchandising areas.

Reception from gig-goers so far has been incredibly positive.

The cards allow for fans to pre-order an artist’s forthcoming album at the show as a merchandise item.

Each card contains a store link to visit with a unique code allowing the customers to checkout of the store FOC enabling them to receive their CD or Vinyl LP album on the day of release.

Click here to get in touch with Bruce McKenzie, Townsend’s Sales Director to see if our D2C on tour campaigns could work for your next Tour.

The Townsend Team are pleased to share their new Video Album Updates feature with clients.

The new feature allows bands and artists to share personal and special memories of the album creation process with their most devoted fans.

By sharing a short message on their social media platforms, bands invite fans to view the exclusive video update on their official store home pages – thus driving engaged and interested traffic to the forefront of their pre-order campaign.

This process has had a fantastic reception from both artists and their fan bases and has already been embraced by The Charlatans, Deaf Havana and Texas.

It’s been a great start to the Summer here are Townsend HQ – not only are we proud to be part of the team supporting Rick Astley’s number one album success but we’ve also got a plethora of new pre-releases in the works.

Here’s just some of the artists and bands who are currently using Townsend Music’s range of D2C services.

Meat Loaf : Special Limited Edition – Braver Than We Are – Featuring 10 new Steinman songs performed as only Meat Loaf can! The project also showcases another reunion with vocalists Ellen Foley and Karla DeVito.

Joanne Shaw Taylor: Wild – Available signed on multiple formats including Heavyweight Black 12-Inch Vinyl – oanne says: “Recording at Grand Victor was incredibly inspiring. It is quite the legendary studio. Dolly Parton cut Jolene and I Will Always Love you here. And Chet Atkins worked here. Basically, if there was a hit record out of Nashville, it was made here. I am very proud of this album, and I can’t wait for everyone to hear it.”

Tim Burgess: Same Language, Different Worlds – Signed CD, Signed LP and Exclusive Art Print – Tim Burgess and Peter Gordon have announced details of a new album, ‘Same Language, Different Worlds’ set to be released through Burgess’ own label O Genesis on 2nd September 2016. The pair will also embark on a short UK tour starting on 1st September, and including an appearance at Festival No.6 on 3rd, before they play London’s Kamio Club (formerly Red Gallery) on 6th September.

New Model Army: Winter – Signed Double LP, Signed CD and exclusive bundles. – This is their first full studio album since their acclaimed long-player “Between Dog and Wolf” in 2013, which, according to The Times “marks a creative renaissance for the band from Bradford” 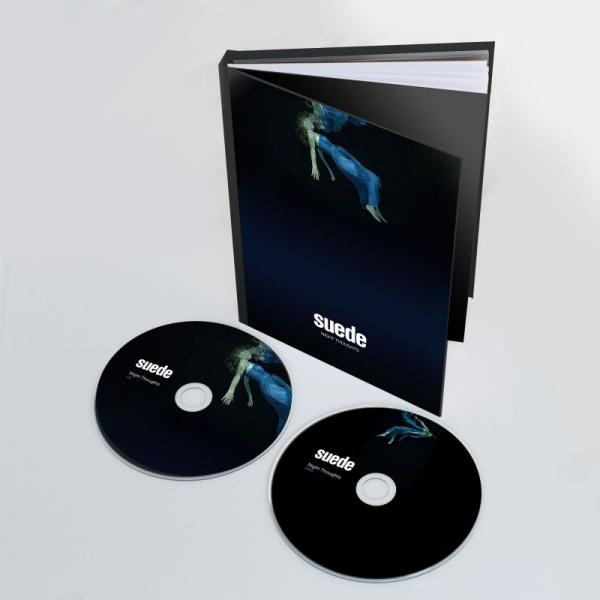 “Barbara Barbara, we face a shining future”,is the upcoming ninth studio album by British electronic group Underworld. This is the duo’s first release in six years and is set to be released on March 18, 2016.

Townsend Music are pleased to be running both the album pre-order campaign and tour tickets, including tickets for their up and coming gig at the iconic London Roundhouse on the 24th & 25th March 2016.

Turin Brakes are due to release their 9th album, Lost Property on the 29th of January 2016.

Townsend Music are pleased to be running the album pre-order over on the band’s official store.

Limited edition and exclusive formats and bundles are available, along side two instant grat tracks, “96” and “Keep Me Around”.

This campaign joins other artists with new pre-release campaigns, making full use of its own fully customisable splash page.

Townsend Music are pleased to announce that we have moved to a new warehouse unit, please note our new address is:

Broken Hands are proud to announce the release of their long-awaited debut album Turbulence, on 9th October via So Recordings. A truly ambitious and bold statement of intent, Turbulence has by no means come easily to the psychedelic journeymen, whose approach to their craft is almost unrecognisable to how it was in the very early days.

Broken Hands are the third artist from SO Recording to make full use of the Townsend Music platform to release new material in various formats, alongside exclusive bundle options.

VIVA HINDS! Hinds are the second artist from  Lucky Number to use Townsend Music’s innovative platform after the successful Darwin Deez “Double Down” pre-order earlier in the year.